I can’t tell whether it is „Wir sind von unserem Ausflug nach Iowa“ or „... von Iowa“ zurückgekommen, and therefore this entry is written in English.


Wednesday morning we left for Marshalltown, Iowa. I like my host grandparents a lot, and there was another nice thing about Iowa; up there I saw for the very first time American snow (It is white).


Wednesday afternoon Mom and I did a little picture walk through downtown Marshalltown. At the cemetery we got to see a little sensation. A pelican had completed its journey to the south a bit ahead of time and taken refuge in the Marshalltown cemetery pond.
Thursday, November 22nd, was Thanksgiving. We gave our thanks with lots of relatives in Conrad, Iowa. We did it in the traditional way; we ate turkey, mashed potatoes, green-bean casserole and much more good food. And a whole table of desserts.


A special attraction was Aunt Shirley; she is mentally retarded and a real nuisance. When we took her to Grandma and Grandpa Tasler’s house, she was talking about the recent death of one of Mom’s beloved cockatiels: “I was told that Lloyd... So if I mentioned it...” – “Yes, Aunt Shirley, that would be HORRIBLE! I’d be totally crushed.” Later on Thanksgiving Day, when we were playing a card game, she was penetrating the phone. “Keep telling her to call again in ten minutes!” was Dad’s advice on the matter. Aunt Shirley is a pain in the neck, but she’s also a lot of fun...


Sitting in the car in front of the Marshalltown court house, we listened to 96.3 on the radio. They played Christmas music, and the lights next to the court house, shaped like Christmas trees, were flashing with the rhythm.


Friday was “Black Friday”, an American tradition of the more modern times: To meet the rush of bargain shoppers on this first day of the “Christmas shopping season” (and to be in the black [um schwarze Zahlen zu schreiben]), stores have been opening earlier and earlier over the past few years. I certainly didn’t want to miss that experience. Mom, Dad and I got up at 4:00 AM and entered the first store at 4:45. I was not disappointed. The lines in front of the stores, waiting at a summerlike 15 °F (–9 °C) for heaven’s doors to open, were enormous. When Dad and I met with Mom inside "Menards", she had been waiting in one of the several lines for a whole 45 minutes.


Another favorite of mine was a little cross-country tour with Dad’s brother, uncle Jim. Gentle hills, covered with a thin layer of snow, surrounding dark blue lakes, that’s pretty. Of course I missed the best photo opportunities. O-:


Saturday morning we left Iowa for the Dannen’s Lake House in Linn Valley, 45 minutes south of Overland Park & Olathe. We traveled for about five hours and once more it occurred to me how vast and gigantic this country is... After riding the highway for five long hours, all that had changed was that the last little bit of snow had vanished, and the scenery had become a bit flatter.


After doing all that and much more with the Dannens, it really feels like being part of the family. And that’s good. ;)
That’s it for today, my writing hand is exhausted. I’ll let the photos tell the rest of the story. :) 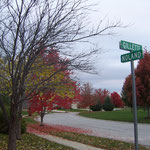 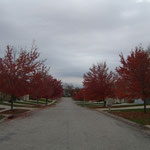 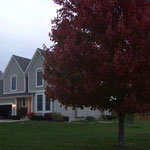 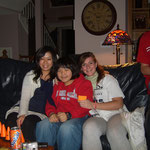 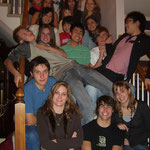 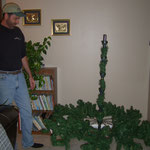 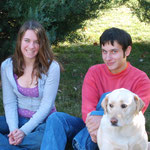 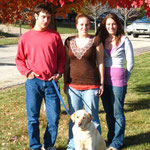 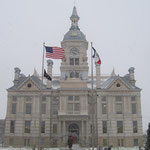 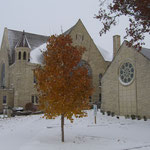 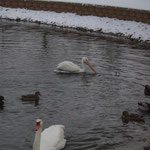 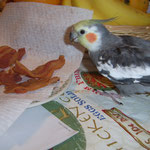 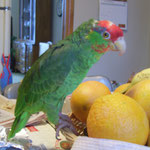 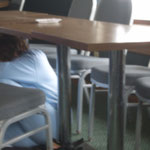 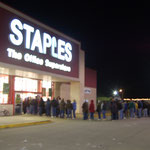 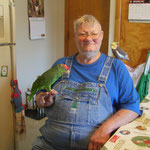 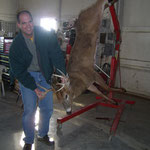 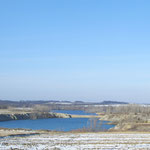 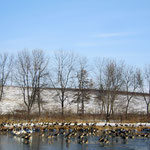 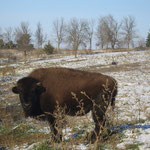 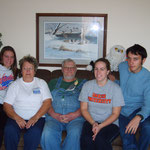 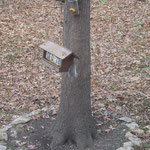 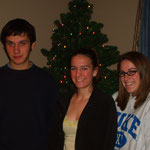 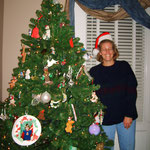